The 2018 edition of the Apulia Land Art Festival, a very important event which aims to be a meeting point between contemporary and local art, promoting artistic creation in specific landscape contexts, was hosted by the Red House of Alberobello.

The artists, from all over the world, have addressed the theme “2100 square meters of memory. Stories and routes of the Red House “, a field that has been, from time to time, internment, concentration, transit, confinement, imprisonment.

For the people of Alberobello it represents not only a monument to the memory but also a monument to the humanity of the community itself that took care of the internees.
A history, that of the Red House, deeply suggestive and it is no coincidence that this meeting place of civilizations and cultures is located in the wonderful city of Alberobello, Unesco World Heritage.
A large two-story farmhouse with basements and about thirty rooms of different sizes, the Red House was built in the late nineteenth century at the behest of a local priest of the time, father Francesco Gigante, to host an agrarian institute. 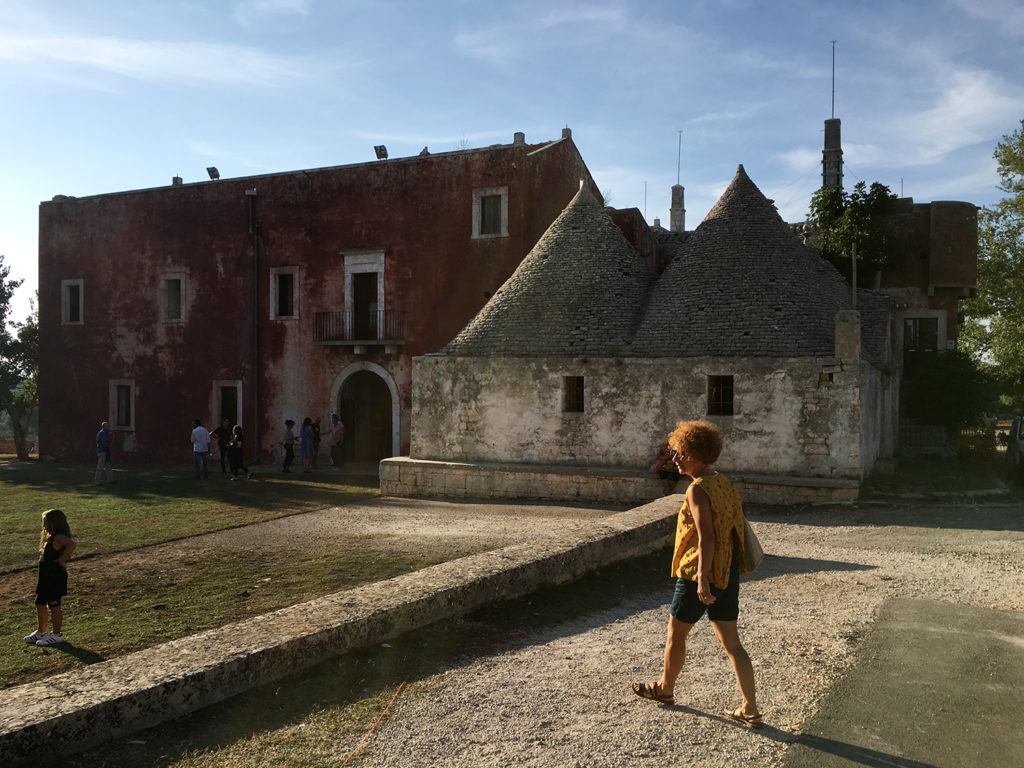 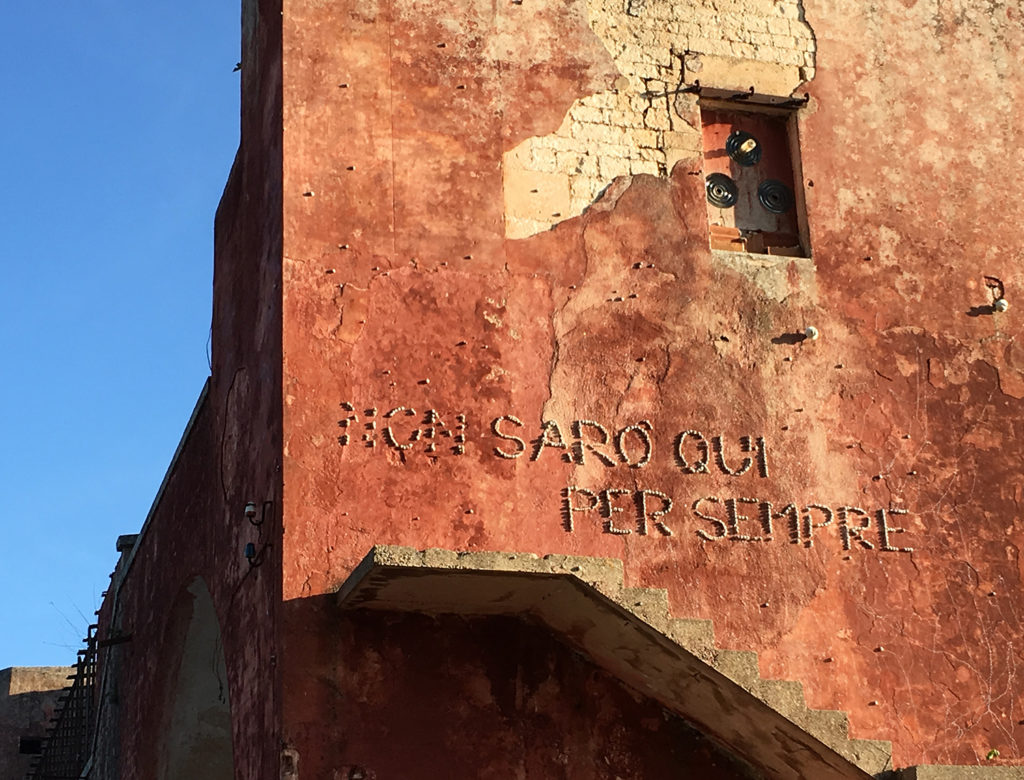 The school remained active until the early months of 1940, then it was transferred in the center of the city. On the 28th of June in that same year, shortly after the entry into the war of fascist Italy, the Red House was transformed into a camp for Jewish internees. The camp remained in operation for over three years, until September 6, 1943 (a month and a half after the fall of fascism and five days before the armistice). During this period in the Red House of Alberobello about two hundred Jews were interned, mostly professionals or intellectuals, Italians, but also English, Germans, Poles, Yugoslavs and stateless persons.
In 1946 the Red House became a political colony for former fascists, in 47 it became the first reception center for homeless women, then, from September, a collection center for foreign refugees.