Among the most beautiful villages in Italy, Locorotondo is perched on a plateau in the Murge dei Trulli area, in the heart of Valle d’Itria. It stands out for its circular settlement and its typical “cummerse”, houses with a sloping roof.

The name derives from the old Latin Locus Rotundus, “rounded place”. At the beginning of the 13th century, placed on a hill peak surrounded by a walled ring, the borgo assumed the circular shape that gave it its name, which also appeared in various documents in the following centuries.

Beyond some fanciful hypotheses that have never been proven to date the foundation of this small town several centuries before Christ, by a colony of Greeks Locresi, over time it has been shown that this site has actually had an ancient human habitation.

Recent collections of surface finds have provided a series of valuable data, on which researchers have been able to formulate the first hypotheses: after sporadic non-stationary human presence, related to hunting and pastoralism, between the ninth and seventh centuries BC. small piedmont agglomerates were formed for the agricultural management of the site and a more important center perched on the hill.

It dates back to the twelfth century (1195), in full Swabian domination, the first document in which mention is made of the place called Rotondo and its church of San Giorgio, a sort of rural agglomeration.
In 1790 the people wanted a new larger church, so over the rubble of the chapel of San Giorgio was built the majestic mother church always dedicated to the Patron Saint and the Madonna della Greca (the liturgical feast falls on August 26th). 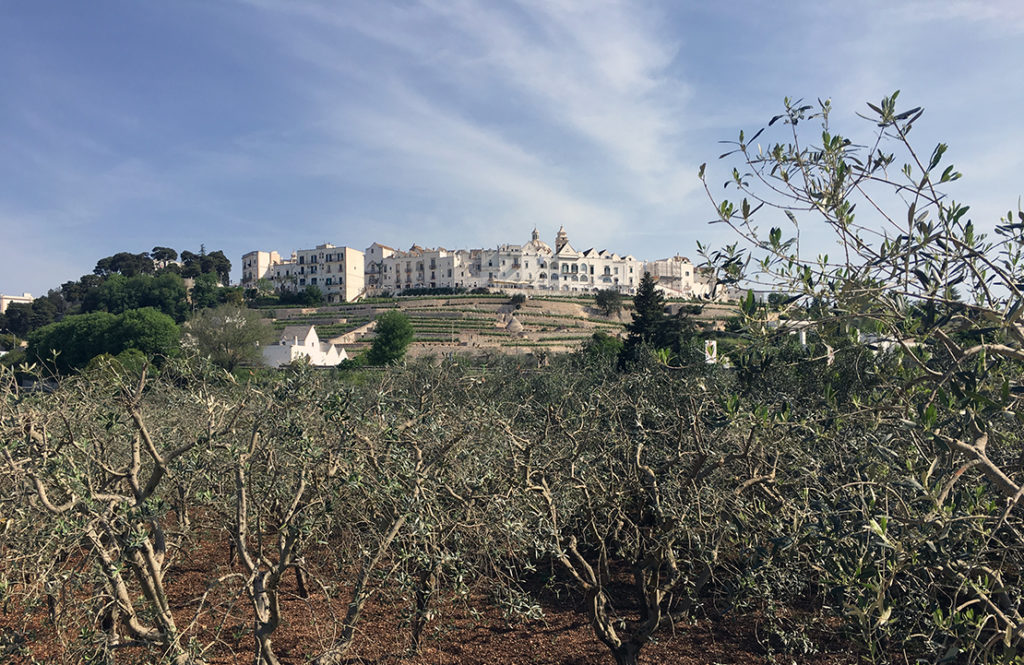 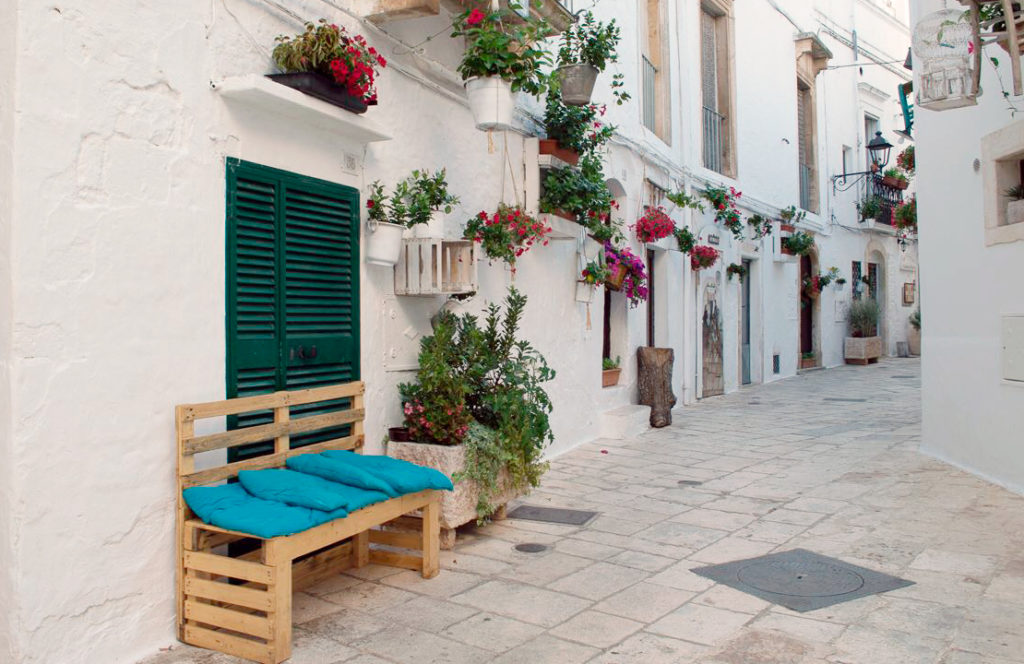 The ceremony of the gift seals the popular devotion to the saint, whose cult was introduced into the Murgia by the Longobards; today’s party dates back to at least the seventeenth century.

Summer music festival with concerts in the most evocative corners of the village.

The tripe rolls are one of the typical dishes of Locorotondo that you can not taste with local wines of ancient tradition.

The great devotion of San Rocco is due to the fact that the saint passed from Locorotondo and freed the people from the plague. From 1897 the San Rocco fair was born, one of the oldest in Puglia, which is still held today during the days of the patronal feast. The fair in honor of the patron concludes with a spectacular fireworks competition on the Valle d’Itria, one of the oldest in Southern Italy. The first hours of the 16th is Diana, the musical procession that awakens the citizens and prepares them for the day of celebration.