Elegant town set on one of the last hills of the south-eastern Murgia, between the Ionian and the Adriatic. The city dominates the enchanting Valle d’Itria, a splendid green expanse where the landscape is dotted with Trulli, lamie, “masserie”, typical constructions and precious testimonies of a productive and splendid architectural environment.

The primitive settlement of the city was born on a mountain known as San Martino, while the adjective Franca was added by Filippo I D’Angiò in 1310 when recognized the city different privileges. Franca Martina, in the course of the centuries, loses the perpetual state concessions together with the adjective Franca to definitively recover it only after the unification of Italy.

Martina experienced its maximum splendor in the eighteenth century, when a strong economic growth, in particular of the agriculture and breeding sector, gave a new and spectacular architectural structure to the historic center, in baroque style and rococo around the Palazzo Ducale.

The urbanism of the historic center of Martina is characterized by houses developed vertically: the rooms on the ground floor, and sometimes partially underground, were used as a shop. On the first floor, however, is the living area, with kitchen and dining room. Usually there was also a fireplace, which fulfilled a dual function: served to cook the dishes and served as a stove, both for the first floor and, thanks to the flue, even for the upper floors.

An important feature of the historic center were the narrow streets full of “corners”, blind alleys and hidden streets: a real urban labyrinth. This structure in ancient times had a double advantage: in the case of an enemy invasion, in fact, it was a means to gain time during a possible escape, or to ambush enemies to exploit dead ends and “hidden” or not very visible.

From an architectural point of view the historical center is mostly in baroque and rococo style, clearly visible in the churches (for example the former Collegiate, now basilica, of San Martino). The city streets have a characteristic depression at the center of the road that conveys rainwater, preventing the cellars from forming underground. Some parts of the street still recognize the ancient differentiation of materials: in fact, once the main roads leading to the ancient gates, then outside the historic center, were made with black lava stone, while the labyrinthine ones that led inwards were made with white stones.

Martina Franca is rich in agri-food excellences, such as wine, oil, dairy and bakery products, meats and salamis, made by local craftsmen who preserve craftsmanship and tradition, a vehicle of flavors, tastes and customs of our community. Among these productions stand out the Capocollo di Martina Franca, Slow Food Presidium, and wines based on two autochthonous varieties, Verdeca and Bianco d’Alessano that express our well-known gastronomic identity. 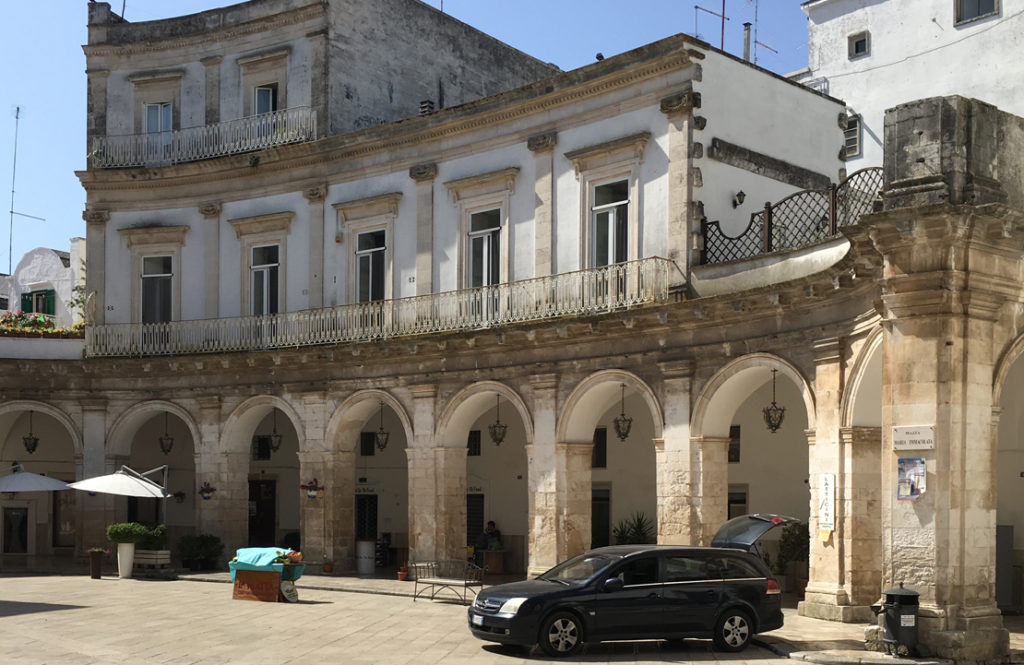 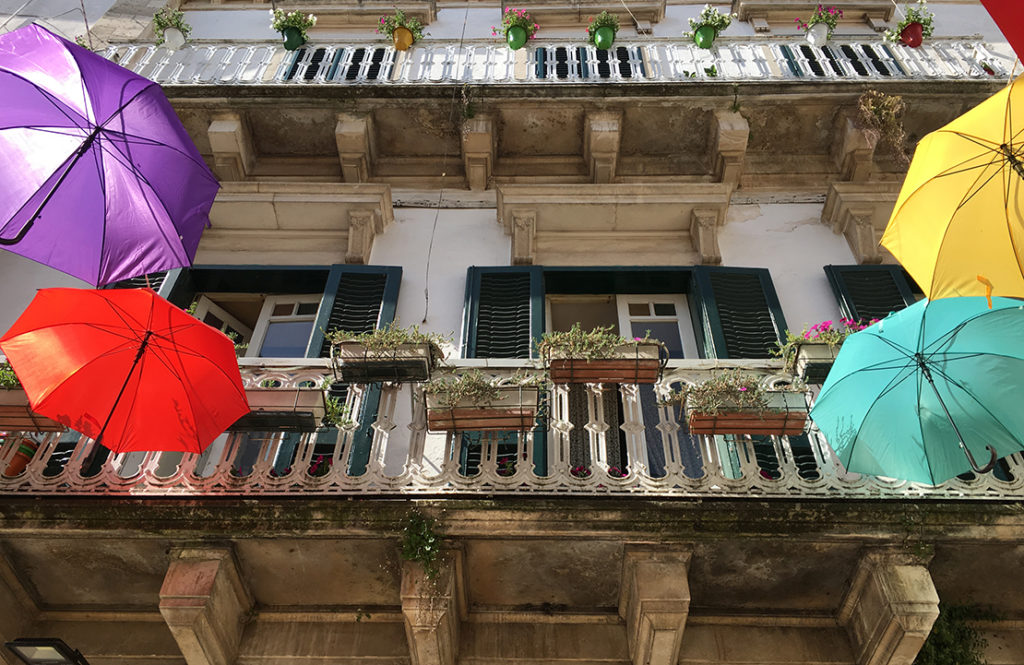 For over 40 years Martina Franca has been the stage of the Festival of the Valle d’Itria, lyrical and bel canto exhibition, which takes place from mid-July to mid-August in the atrium of Palazzo Ducale and in different places of the city. Along with the Festival, there are numerous tourist and cultural initiatives that animate the city both in summer and in winter such as the “Biennial of Memories”, “Martina Angioina”, the “Festival del Cabaret”, the “Festival of Senses” and the “White Week” during the Christmas period.

An area rich in biodiversity with naturalistic, pedestrian and cycle paths, where it is possible to discover the secrets of plants and wild animals that inhabit this enchanted forest. In these woods and parks are raised valuable breeds such as the Donkey of Martina Franca and the Horse Murgese, known throughout the world.

It is a very unmissable appointment, open to all, the opportunity to make purchases very special having a wide selection of items belonging to every kind and time. The Mercatino is organized every third Sunday of the month with a special summer edition from 11 to 19 August at the Gugliemo Marconi Institute, with over 70 exhibitors from every part of Italy and from numerous foreign countries and over 90 exhibition spaces.