Polignano a Mare is one of the most evocative towns on the coast of the area. Located on a rocky outcrop overlooking the Adriatic Sea, it offers a marvelous and unforgettable view both observing the horizon and admiring the white houses built in the natural inlets – the so-called “lame” – typical of the Apulian landscape.

The origins of Polignano are very ancient and still present numerous questions. Excavations and research have uncovered finds dating back to the Pleistocene or glacial era and more evident signs of the Neolithic era. According to tradition, it would have arisen on the site of the ancient Greek city of Neapolis, which would later take the name of Polisnea and Polineanum.

For its being a middle ground, in the sixth century, Polignano was under the jurisdiction of the Eastern Empire and from the ninth to the eleventh followed the Lombards, the Arabs and then the Byzantines who intensified relations with the East.
With the advent of the Normans, who remained in this land until 1194, the prestige and fame of the town grew.

In 1494, thanks to the conquest by Charles VIII, Polignano passed under the control of the Kingdom of Naples until the end of the seventeenth, which was followed by the Spanish domination, which reigned there until the beginning of the eighteenth.
During the Risorgimento period it housed a squadron of the Philadelphian sect and a sale of the Carboneria. In August 1862, a royal decree signed by Vittorio Emanuele II, led the municipal council to add the word “a Mare” to the name “Polignano”.

Polignano is a continuous destination for tourists who come here not only to enjoy a beach holiday, but also to see the famous city that gave birth to Domenico Modugno.

From the square small paved streets branch off to accompany the visitor in what can be defined as the very symbol of the city, the terraces: they are loggias overlooking the Adriatic, offering, especially with the play of light at night, breathtaking views that turn a walk into a unique experience.

The territory of Polignano, historically of agricultural vocation, is still a great center of reference throughout Puglia with some excellent products such as Potato and Carrot Polignanesi as well as a huge variety of fruits and vegetables that are exported to Italy and throughout Europe.

Thanks to its karstic nature, the coast around Polignano a Mare is full of sea caves, more than 70, originating from the erosion of the sea and the wind. In the warmer months you can visit thanks to a boat ride that also includes a stop for a swim.
Grotta del Commisso, cave of San Lorenzo, cave of Cagione, cave of the Caselle, cave Valentini, cave of the Ladroni, cave Guardiano, cave of the Muretto, cave of the Swallows, cave of Foca, in the locality also Polignano Grotto has its cave Azzurra, cave of the Archbishop, Ardito cave, cave of the Nuns, cave of the “Colombi” one of the most beautiful and fascinating for the green and blue color, are the main ones.
But the most famous of these, majestic and evocative, is Grotta Palazzese. So called because of the Leto marquises included it in the assets of the “Palazzo”. Today it hosts one of the 25 most beautiful restaurants in the world.

Lama Monachile: this is a characteristic unmissable of Polignano a Mare: on one side a huge Roman bridge that represents the union between Rome and the port of Brindisi on the other one of the most beautiful postcards of all Puglia. The view that can be seen from the bridge and from the town in fact, give a wonderful show on the country that seems divided into two.

The Holy Mother church dedicated to Santa Maria Assunta overlooks the small Vittorio Emanuele square, in the heart of the old town, and was a cathedral until 1818, when the small diocese of Polignano was added to that of Monopoli. Inside there are some works attributed to the sculptor Stefano da Putignano and the important Polyptych of the Madonna with Child and Saints, from the fifteenth century on a golden table by Bartolomeo Vivarini as well as a multitude of other small works and precious sacred vestments donated by former Monastery of San Benedetto, now non-existent.

In the hamlet of San Vito, on the north coast of the country, near the port of Cala San Vito (ancient natural harbor on the Adriatic and horse changing station) on the ancient Via Traiana, stands the imposing complex of the Benedictine abbey.
The abbey takes its name from an ancient legend, according to which the princess Fiorenza of Salerno, in 801, donated the relics of the martyr San Vito to a community of Basilian monks, who had settled in some caves, located at below the current Abbey of San Vito.
The abbey has a baroque style with defensive systems such as the walls and the 16th century tower, located on the coast.

The contemporary art museum, is the only foundation dedicated to Contemporary Art in Puglia.
The structure houses a permanent collection of the Polignanese artist flanked by temporary exhibitions. The foundation celebrates an artist who has made the experience of playing the manifesto of his own art: inside the building it is possible to observe photos and drawings by the master, alongside works by other contemporary artists.

The museum organizes numerous initiatives and events related to contemporary art, first of all the Pino Pascali award: prestigious showcase for the affirmation of talented artists nationally and internationally. 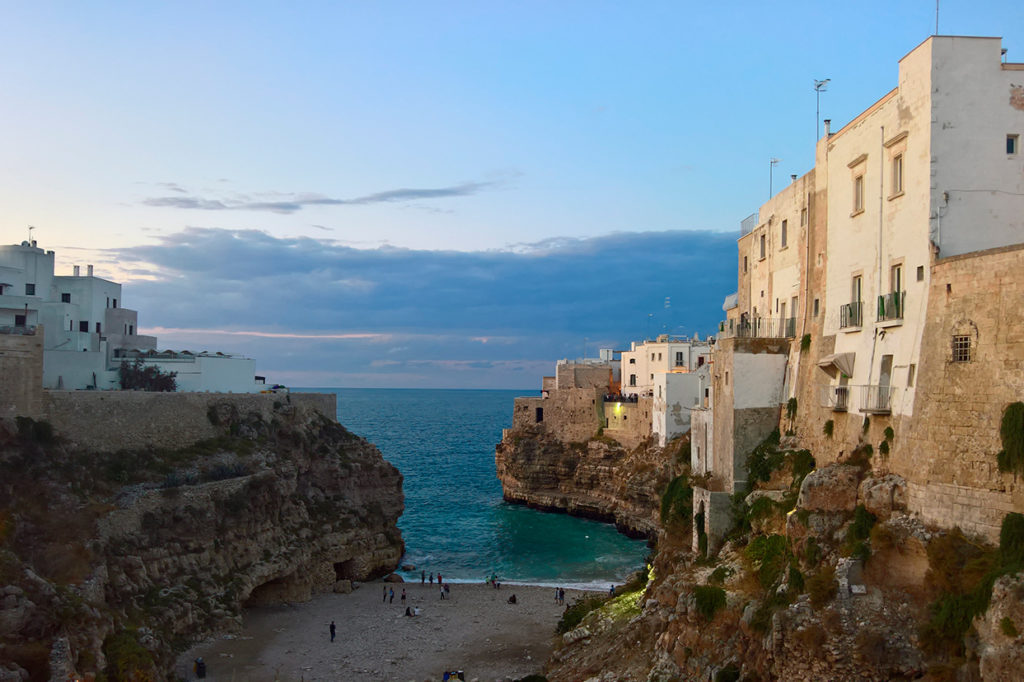 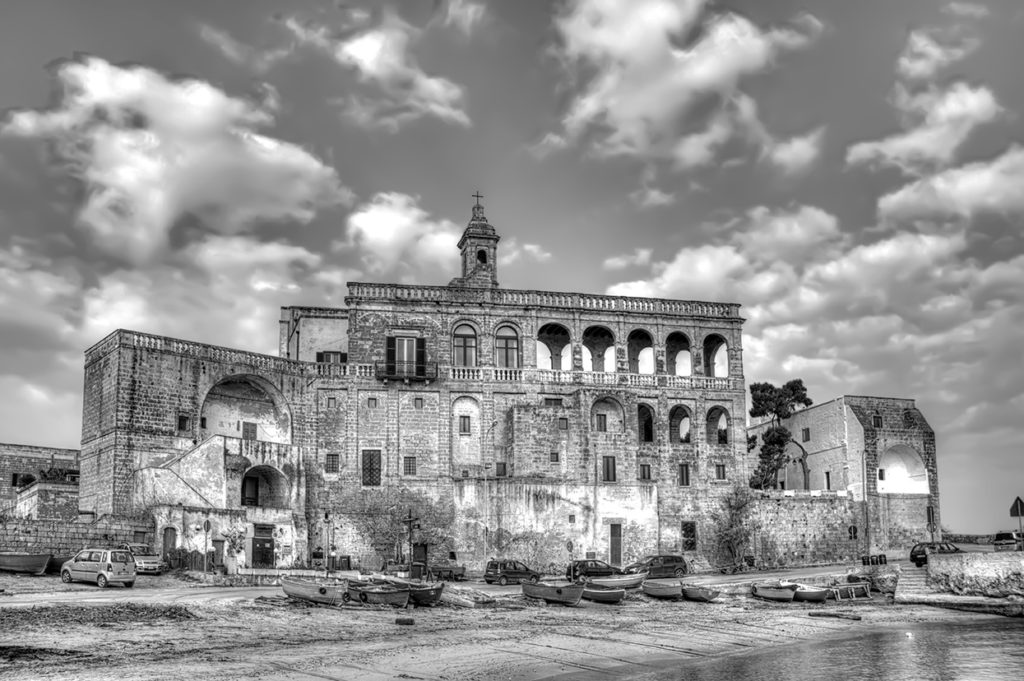